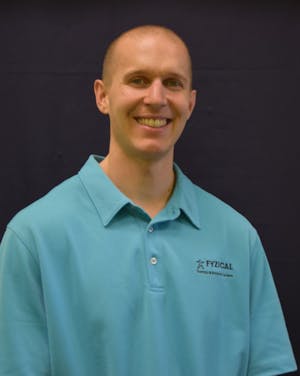 PERSONAL AND PROFESSIONAL DATA: Alex was born and raised in Huntley, Illinois. He joined the team at 1st Choice Fyzical Therapy, in August, 2013, after finishing graduate school at Northern Illinois University. Alex enjoyed the area of outpatient orthopedics during clinical rotations because it allowed him to use a multitude of treatment techniques to maximize function. In addition, he enjoyed being able to see progress in people over a longer course of rehabilitation. Alex enjoys seeing a varied caseload, including general orthopedic conditions and vestibular rehabilitation. In his spare time, Alex enjoys being with friends and family, working out, reading, and being outside. He and his wife are enjoying being new homeowners in Huntley.

GOAL: Alex strives to maximize function for patients through treatment and education. His main goal is to progress people as much as possible during rehabilitation and to educate people so they may be independent managers of a consistent home exercise routine.